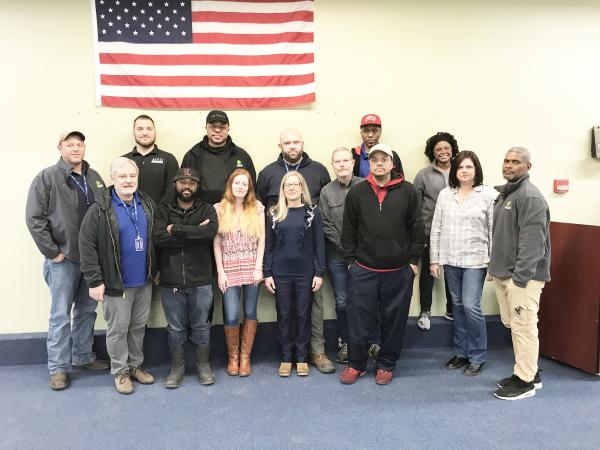 This is a detective story that starts with a suspected smell of cat pee.

MSD’s Industrial Waste Department (IWD) manages various programs intended to safeguard against the exposure of industrial waste to our waterways.

Reports started coming in during the first quarter of 2019 about a strong cat urine smell in the Shelby Park area. The department, fearing possible water contamination, began searching for the source.

“It wasn’t a typical sewer odor, so it came to us,” IWD Programs Manager Mike Moore said.

The department understood it would be difficult to find a solution. “We knew it wouldn’t be easy to resolve because it was a fleeting odor, and we couldn’t pinpoint the time of day,” Moore said. “When you don’t know what it is, you don’t know what to look for.”

A boots-on-the-ground approach was launched. MSD took daily air samples, made regular visits to the area, and checked suspicious odors found by personnel working in the area. We also kept open communication with the Shelby Park Neighborhood Association.

A bit of luck also helped offer a solution. Following the report of another unusual smell, IWD was able to identify the odor of acetone, or fingernail polish remover.

That clue led Louisville Metro Air Pollution Control District (APCD) to put IWD in contact with the North Carolina Division of Air Quality, which had previously experienced a similar issue with a cat urine odor.

“They noted that acetone, along with some impurities and additional chemicals, can cause a chemical reaction that produces this odor,” Moore said. “With that knowledge, we were able to focus on one business.”

While the company didn’t use acetone as raw material and didn’t list it as a discharged pollutant, IWD identified acetone in the effluent from its facility. The company reviewed its waste streams and discovered a byproduct that created acetone.

“Since discovering the source, the company responded quickly by investing in a holding tank and adjusted the pH of their wastewater. This should prevent the wastewater from generating the odor in the sewer,” he said.

It was a cooperative effort, working with ACPD, Operations, Laboratory Services and the storeroom to find solutions to the problem. “It took a little luck and a lot of people at MSD,” he said.