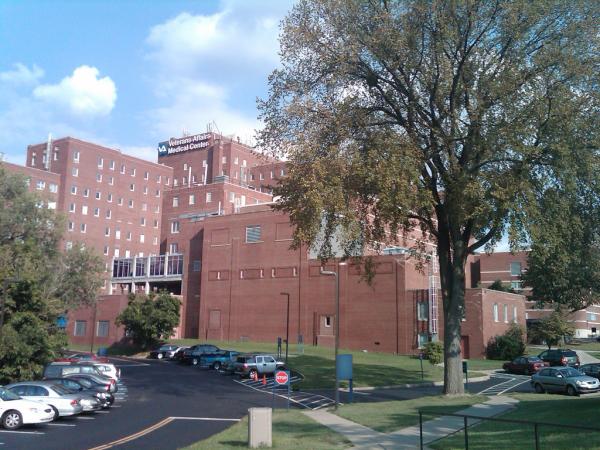 The parking lot expansion coincided with the construction of the Clifton Heights CSO Basin, said Rick Meunier, the basin project manager for Mac Construction and Excavating.

“Mac had done other work with the Veterans Administration,” he said. “We knew they lacked adequate parking.”

Parking for the facility was so limited, cars often had to park along Country Club Road or at visitor lots leased by the VA, requiring shuttle buses between the lots and the hospital.

With the Clifton Heights basin project scheduled, the question became how to dispose of the rock excavated from the site. Using the rock to build the parking for the VA center became the solution.

“The contractor contacted VA Chief Engineer Irvon Clear and offered to build two new parking lots for the VA from the excavated rock,” said Louisville Metro Councilman Bill Hollander. The lots were built by Mac Construction at a minimal cost to the VA, and provided a safe and useful way for MSD to recycle the rock.