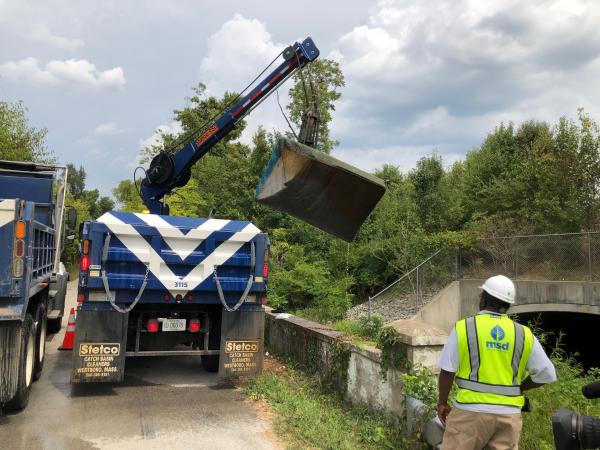 There are plenty of legal ways to dispose of furniture. Dumping it into a stream isn’t really one of them.

But that was what Louisville MSD faced on Tuesday, August 20, after a report from Louisville Public Works of furniture found in Goose Creek at Westport Road. MSD crews used a “clamshell” truck—commonly utilized in cleaning stormwater basins on the side of roadways—to remove a three-piece sectional, along with a mattress and box spring,

An MSD crew having to clear out the waterway meant it was taken away from other jobs, said Communications Program Manager Sheryl Lauder. “All of this equipment equals money, taking trash out of waterways,” she said. “If people would just dispose of it responsibly, we could go about with other business.”

Metro Public Works has a Waste Reduction Center on Meriwether Avenue where up to three large household items can be dropped off for free.