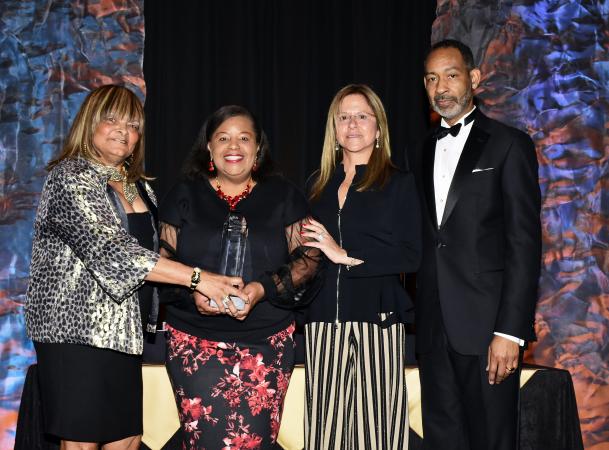 MSD’s work toward supplier diversity means businesses owned and operated by minorities perform millions of dollars in infrastructure and other work for the agency. These efforts were recently recognized by the Tri-State Minority Supplier Development Council (TSMSDC), which awarded MSD its 2019 Impact—Corporation of the Year Award.

MSD received the award during an event on May 2, in Nashville, Tennessee. The Impact Awards honor corporate members, minority businesses and individuals for outstanding performance and achievements in minority business development and supplier diversity in Kentucky, Tennessee and West Virginia.

“MSD is honored to receive this recognition,” said MSD Executive Director Tony Parrott. “We believe it is important that we spend our ratepayer dollars in a way that reflects the diversity of the community. Investing in the health, safety, and quality of life for our contracting community and ratepayers is an investment worth making. I encourage other companies to join our efforts.”

“Our commitment is shown in our numbers. In our fiscal year 2018, MSD spent more than $26 million with MBE firms, many within the Greater Louisville Metro Area,” said One Water Chief Procurement Officer René Thomas.

“TSMSDC values its continued strategic relationship with Louisville MSD, and being selected as ‘Corporation of the Year’ rewards its commitment to and support of diversity and inclusion. Congratulations for the outstanding and extraordinary contributions in developing and expanding business opportunities for minority suppliers,” said Cheri K. Henderson, President & CEO at TSMSDC.