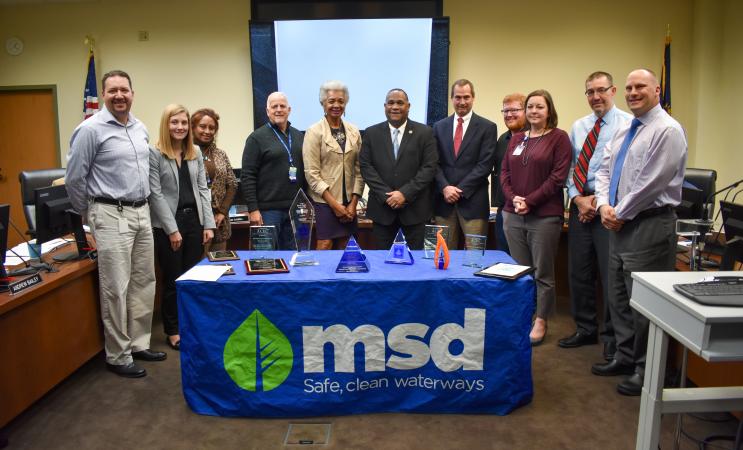 The 20-million gallon basin is a large “capture and release” system to temporarily store wastewater and stormwater during wet-weather events and gradually release them back to the sewer system for treatment when capacity is available. The project was a collective effort between MSD, Louisville Metro Parks, the Olmsted Parks Conservancy, community leaders, and local residents. It created new park amenities including an open-air pavilion, restrooms, restoration of Paul Hornung Field, refurbished basketball courts with electronic scoreboards and bleachers, a newly paved parking area for the spray ground and a resurfaced Loop Road. Funds were also provided to Louisville Metro Parks for additional park amenities.

The $78 million project is part of a $1.15 billion mandate from the U.S. Environmental Protection Agency to clean up local waterways. Shawnee is the largest of MSD’s underground CSO basins. The basins and the 4-mile long Waterway Protection Tunnel will work together to greatly reduce combined sewer overflows by the end of 2020.

A summary of awards received for MSD capital programs and projects during calendar year 2019 :

• Associated Builders and Contractors (ABC) Award of Excellence in Construction