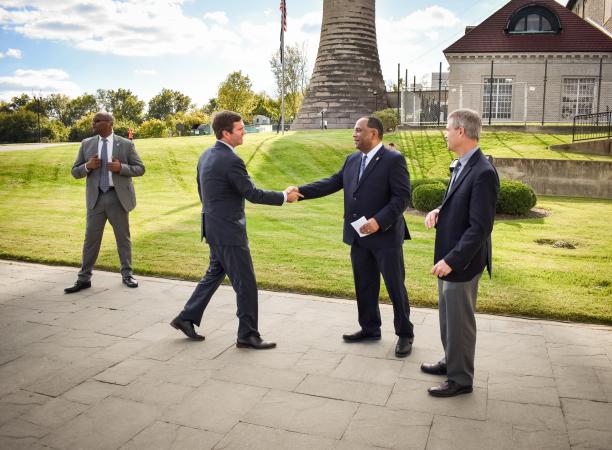 Just over $7 million will go toward the nearly $124 million project to replace the outdated Paddy’s Run flood pumping station in Jefferson County. Built in 1953, the Paddy’s Run station serves 214,500 people, 70,000 homes, 6,000 businesses and 40 neighborhoods. The planned replacement will more than double pumping capacity from the current 875 million gallons per day to 1.9 billion gallons per day.

In Oldham County, $591,000 will be used for construction of interceptor sewers. The interceptors will divert flow to the Floyds Fork Water Quality Treatment Center and allow for the decommissioning of the Ash Avenue Wastewater Treatment Plant.

MSD Executive Director Tony Parrott said the Paddy’s Run replacement “will improve resilience against extreme storms for some of Louisville’s most vulnerable populations by reducing the risk of exposure to floodwaters containing industrial chemicals and combined sewage.” Parrott said the Oldham County work will increase the efficiency, reliability and environmental friendliness of the sewer system.